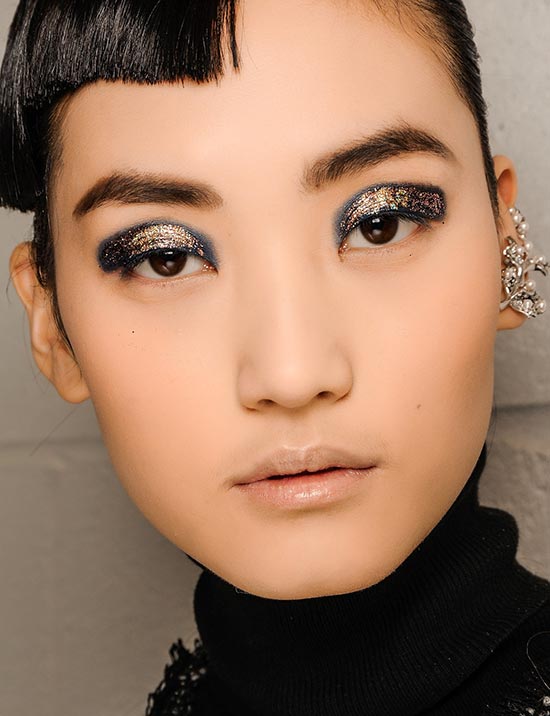 Besides foiling, another great way to instantly perk up your eyes and create that shiny effect is to pat glitter over a dark base. Case in point? The gorgeous glitter eye spotted at Thakoon A/W 2013. 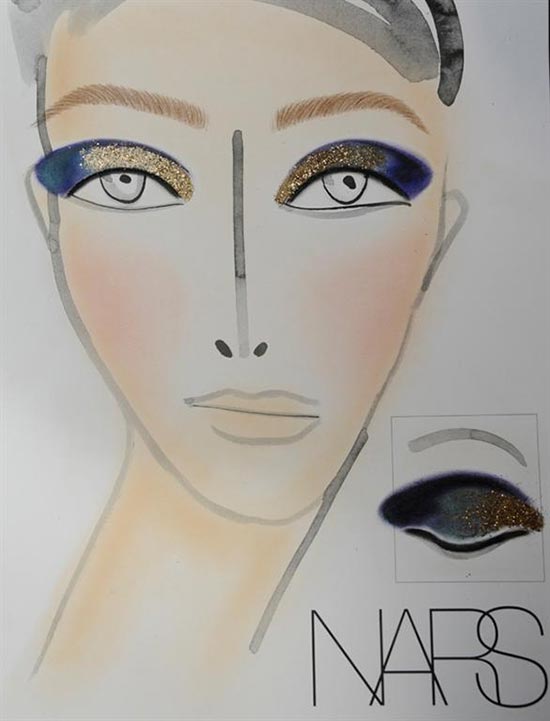 “Thakoon’s winter collection is inspired by summer,” said lead makeup artist Diane Kendal, working for NARS Cosmetics. “So it was a combination of rich fabrics with short-sleeved dresses and heavy stoles with dragonflies. We wanted to reflect that in the makeup, so we did a very dark midnight blue shadow, but to get that summer feel we added glitter on top. It created the perfect juxtaposition between winter and summer.” 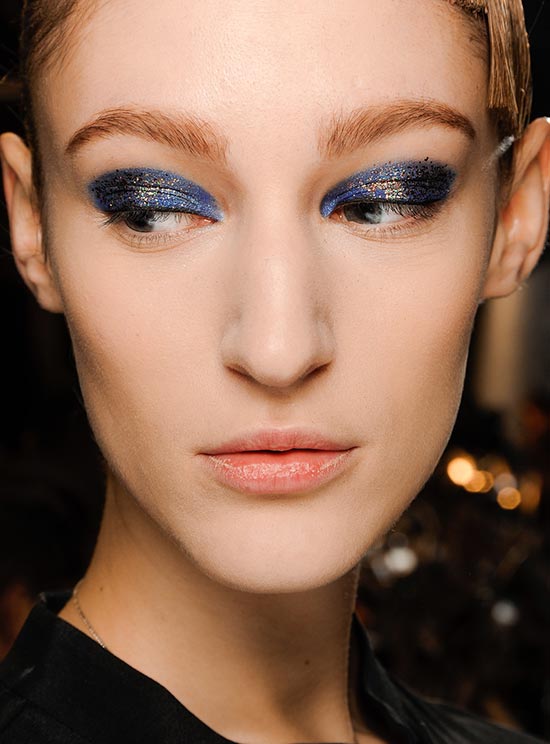 Like this look? Check out this step-by-step tutorial of a similar look that I did! 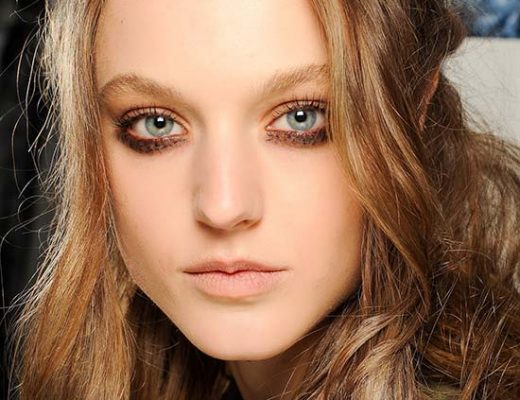 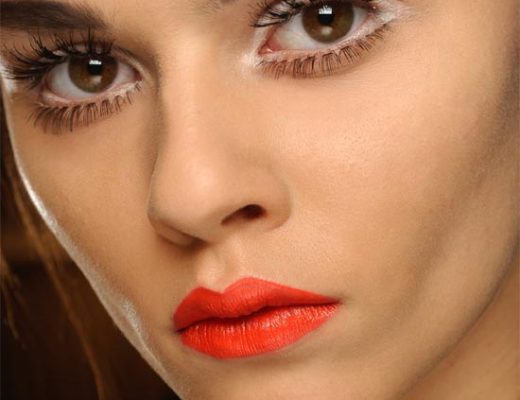 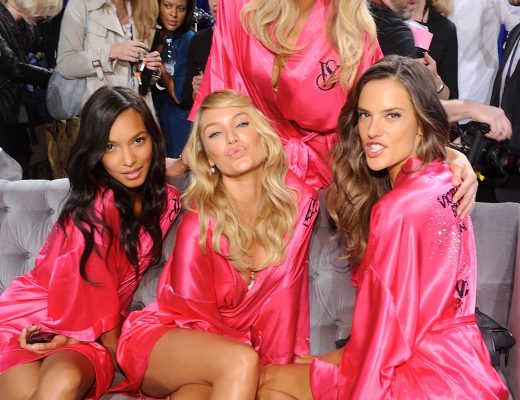 How To: Get the 2011 Victoria’s Secret Fashion Show Makeup Look