If there’s one thing that A/W09 makeup is about, it’s a point of view. And a point of power. We’re past a point of girlish innocence and barely-there makeup, especially in a season where beauty is working alongside fashion that holds no bars in terms of brazen styling and attitude. Artists are talking about ’emotive makeup’, and the spirit they are channeling is that of a woman who’s upbeat, in charge and in control. The main energy? Eighties. Hence, artists found their way to ultra-amplified lips and exuberant hues on the eyes (Who’s that Girl?) and an underground clubby elegance to black eye makeup (Lid Vicious) but also the more nuanced side of the era, picking up on the contoured, carved face that dominated the decade (Sculpture Club) or the satinized perfection and couture feel that moved makeup into the early Nineties (New Romantics). Speaking of technique, what’s back is one of absolute precision and accuracy. “Whatever the final look this season, it was always pretty obvious that the girl was wearing a structured, deliberate makeup” says Gordon Espinet. So, five minute makeup is over, for now. Time to roll out those brushes and get perfecting….

Something shady is going on with eyes for Fall 09. Almost ubiquitously almond-shaped and with decadence in their application, Artists are channeling a dark desire for refined, lined and the most exquisitely intense kind of smoked-out stares. “We’re steering away from the Burlesque feel that a black eye can give, and going for more of a Helmut Newton feel that’s quite stern, not cover girly. It’s much more attitude driven,” explains Terry Barber. In terms of technique, a more deliberate feeling has overridden last season’s messy, organic take on darkness. Sure, inspirations range from Hitchcock to Helmut Newton to nasty girl gangs but regardless of attitude, the application is always alert. Think ‘opening night’ rather than ‘amateur night’, Eighties hard more than Seventies soft and take on the tough glamour that a blackened eye inevitably embraces…

Quotes
Terry Barber “There’s a definite beauty to black eyes this season…it’s more considered, less ‘next morning’…we’re shaping the eye with specifically considered structures, not just random blackness.”
Tom Pecheux “Move a Kohl formula around the eye to set the shape you want and then press powder into it for a waxen boot polished texture that lasts and isn’t too powdery.”

Call it ‘silk stocking’ makeup. Balanced, beautiful, elegant and perfect. Beauty that’s the epitome of all that’s chic and grown up, and blended with a precision you can’t help but want to emulate. Makeup artists had to find an antidote somewhere to all the Eighties excess of the season, and washes of blended shadows, tints of vaporous shades and supremely elegant soft red lips which give a sensual low-level glamour to the face are where they found it. “We’re discovering a satinized beauty this season,” says Terry Barber. Artists are taking soft colours and blending so much that you can’t see where the makeup starts and finishes. Cue soft focus mineral powders and organza shades.
Artists are keen to stress that “it’s not about glamorizing the makeup too much” (Diane Kendal), hence the repeated gesture of dropping mascara off the final look. Whether you’re talking about 15 denier skin or a washed over eye, this is beauty makeup at its most modern, best…

Quotes
Gordon Espinet “Think airbrushed…there’s definitely more of a focus on beauty this season than about thinking outside of the box: it’s the idea of exaggerating human beauty… more like an Irving Penn face in which the lighting is exaggerated to emphasize the face.”

Lyne Desnoyers “Even when we’re completely blurring the lines, the makeup starts off completely precise: it’s about being very purposeful and precise with blending and diffusing, not making a mess.”

Makeup gets Off the Wall! The Eighties are an essential reference this season, with makeup to amplify your attitude by plugging into a power surge of electrocuted shades and sharp shapes. What makes an ‘80s element feel modern this time around? A clean quality. It’s all about one element, not a full-on mannequin-mask of makeup challenging every feature. Start with simply perfected satiny skin and then tune into the decade with a play on proportion: the pull-up on a black eye, the jagged nature of a cheekbone, the tweak of faux-y flamboyance with a neon lip, a braver than you’d usually dare shade of blush, the sharp highlight hitting those high plains…
When it comes to pulling out that individual element, the rule this season appears to be: if in doubt, do a lip. And a perfectly lined, exorbitantly coloured one at that. “Lip liner is a big trend this season, used to form a lip rather than outline it. It’s about creating a perfect mouth with a proper, harmonious plumpness to it without looking injected” says Barber. It’s all almost overkill…but not quite. This amplified makeup is loud on the right side of lurid, excess-orised yet contained.

Quotes
Val Garland “This look is still about the triangular shapes of the Eighties, but diffusing the lines makes them more modern.”

Lyne Desnoyers “The ‘80s were about putting a face on…in 2009, it’s more about projecting an image than creating a face.”

Natural is a built beauty for A/W09. After seasons where a more scrubbed, virginal pure complexion stood at the fore, what looks new for naturalness now is a distinctly constructed, considered forming of the face. In terms of effect, think ‘surgery’ without the ‘plastic’, but regards technique this is sculpting, highlighting and contouring at its most advanced.
“Highlighting and contouring is seriously back – it’s all about those old Eighties techniques and tricks that makeup artists used before retouching…I’m doing a lot of triangular shapes to contour and thinking about contrasts between matte and shimmer and light versus dark,” declares Charlotte Tilbury. “It’s punk couture,” adds Tilbury, who was also feeling “lots of burnished reds and coppers – offbeat Eighties colours, super super blended,” she stressed. And make that blending professional, please. “This is photoshopping, pre-photoshop,” says Val Garland, commanding that “it’s not finger makeup, it’s brush makeup.”

Quotes
Val Garland “We don’t live in a photoshop world so we need to use technique to get there: the more blending you can do on contours the less literally Eighties they’ll be. Use brushes, and don’t buy cheap, buy well.” 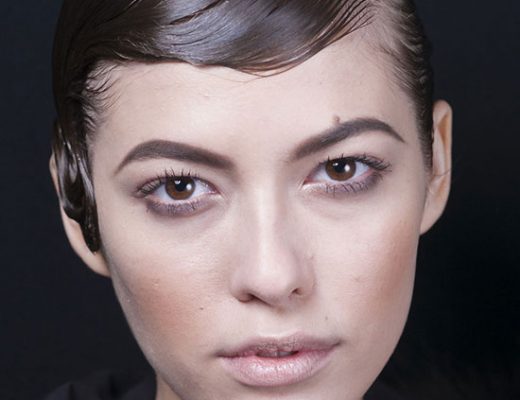 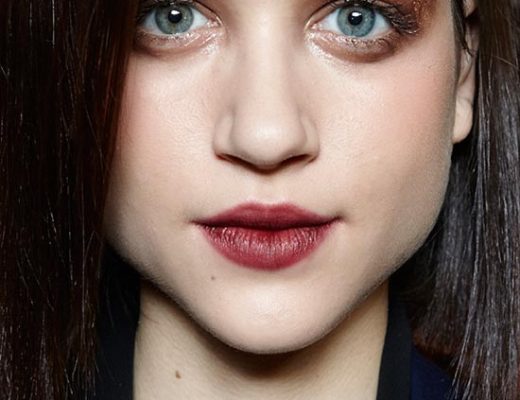 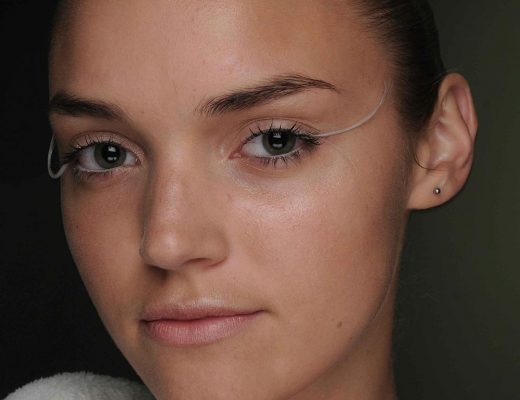